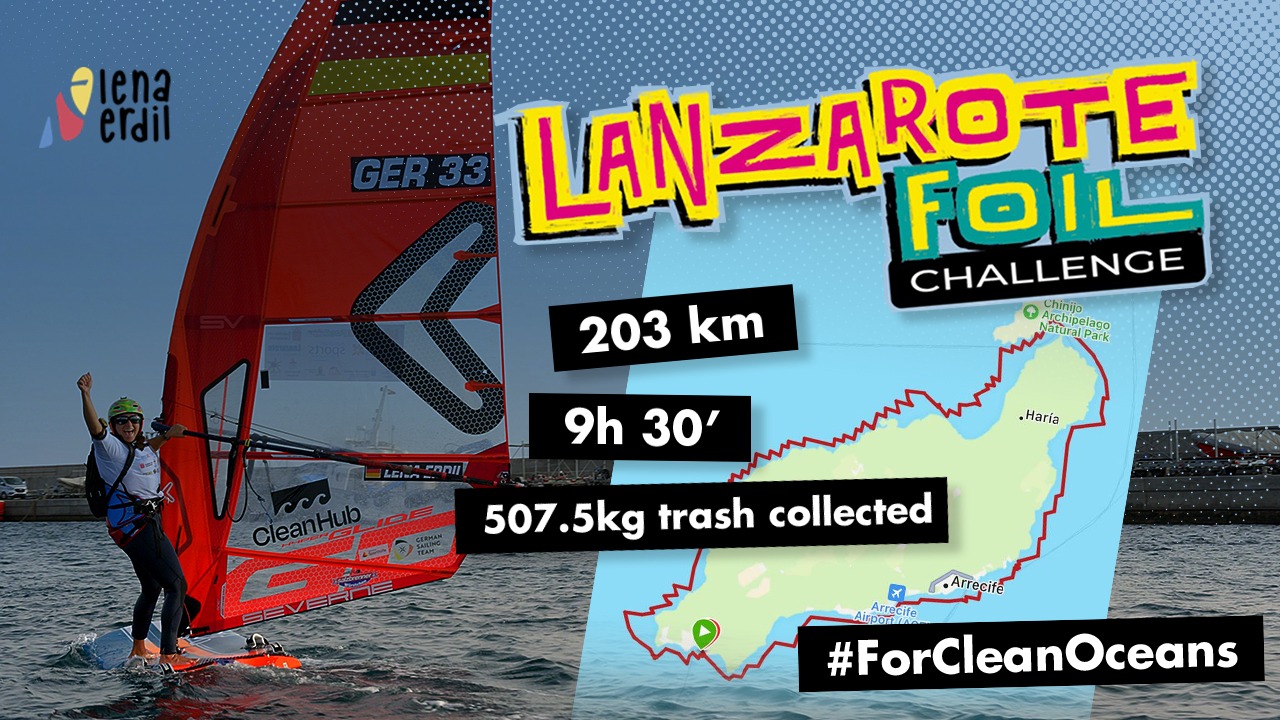 Dream Team rider Lena Erdil windsurf foils around the island of Lanzarote on her iQFOiL equipment.

Lena became the only woman to complete the challenge and successfully foiled around Lanzarote; meanwhile, she ensured that half a tonne of ocean-bound trash never made it there!

Huge swell, no wind, crashing and getting tangled up in fishing nets, 45-knot gusts that almost bring her to the breaking point. Lena explains that the challenge was certainly a lot harder than expected. “I was expecting the rounding to be extremely physically and mentally challenging due to the sheer length, but that I would fight the elements while foiling in the most extreme conditions of my foiling career was far beyond any expectation.”

But without further ado, let’s watch the documentary film Lena just released and find out more about her crazy adventure:

Not Just For Olympic Ambitions

Lena used the iQFOiL Equipment during this challenge, and here is what she said about her choice:

“I sailed on my iQFOiL set. It’s the new Olympic windsurfing equipment, but it’s just so comfortable and stable that I love sailing on it. Foiling and especially the iQFOiL Equipment opens up new worlds in terms of sailing extremely long distances in various conditions. The equipment will float you through super light winds while still being manageable in even the craziest of conditions like I experienced during the challenge. I wouldn’t want to have been on any other equipment than I was for the challenge. I only made slight adaptations to my set-up and stance to spend less energy. Other than that, I would be sailing the same equipment in an iQFOiL Regatta as I had during the rounding. What impressed me was to see the performance of the iQFOiL equipment within the guy’s fleet. In the open classification, the iQFOiL Equipment made it onto the podium in second and third place! Olympic Windsurfing Equipment has never been as close to high-performance windsurfing as it is today.” 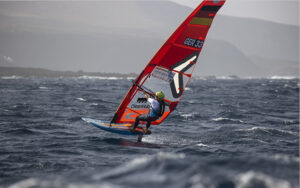 Sailing Upwind in 25knots along the rocky western coast of Lanzarote 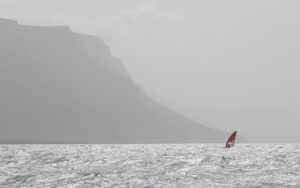