You are here:
iQFoiL 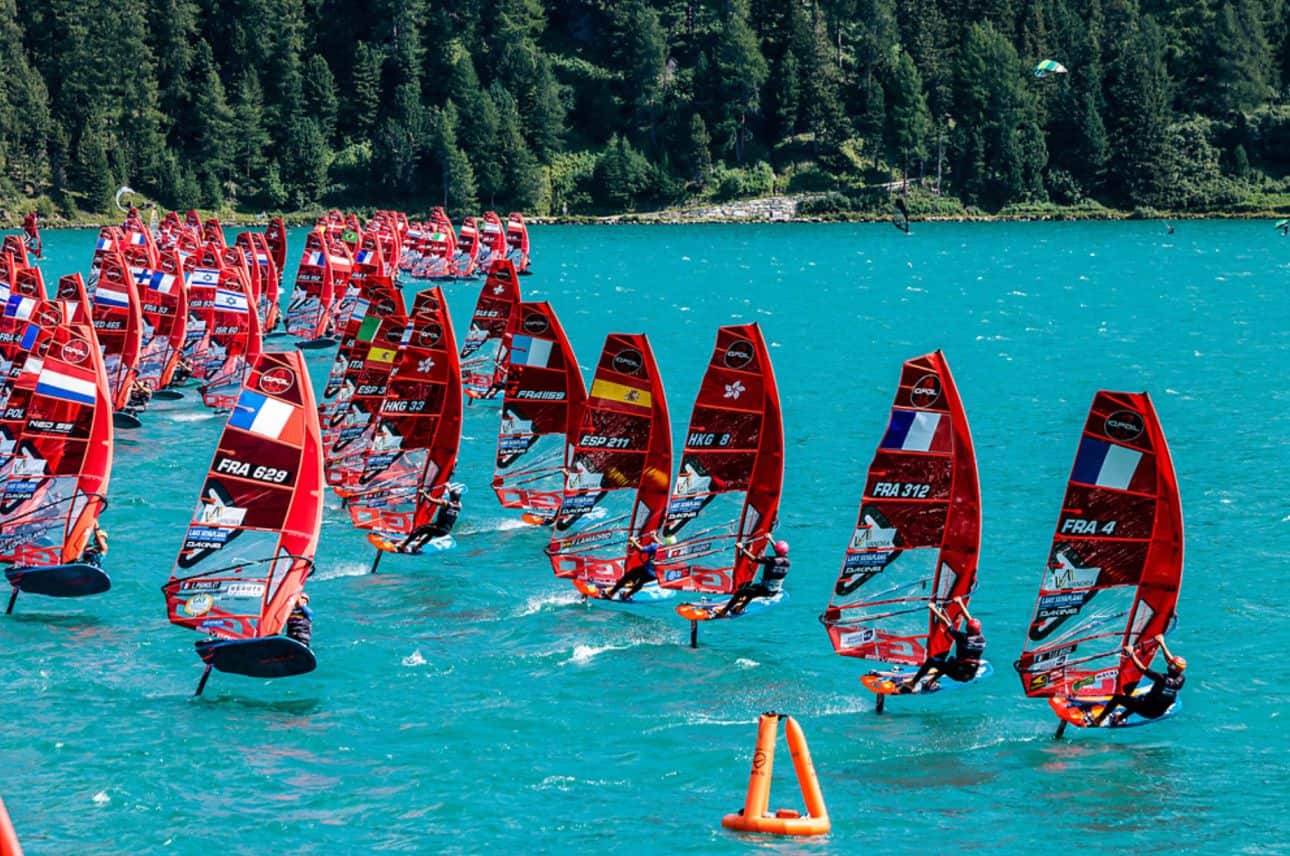 After an amazing week in Switzerland, we can look back at the first world championship in iQFoiL and a great EPFT freestyle tow-in contest in the beautiful lake of Silvaplana in Switzerland.

Finally, it was time for the most important foil contest of the year: The iQFOiL World Championship in Silvaplana. Foilers from all around the world came to battle it out in the amazing lake in the Swiss Alps.

72 women and 154 men met in Switzerland with their iQFOiL gear to compete for the 2021 Foil World Title! The contest started slowly with 2 lay days before the famous Maloja wind kicked in. The last 4 days of the contest gave us steady 15-20 knots every day which allowed non-stop racing from 12:00 to 18:00.

After 15 opening races, the top 12 men and top 13 women made it into the final medal races! The Medal Race was an exciting course starting with a reach, then downwind through a gate before another lap upwind/downwind. The course was short and the wind was shifting every minute, so it was super important to read the wind and make sure you used the tactics well!

In the women’s final Pilar Lamadrid who sailed an amazing semi-final, unfortunately, catapulted on the first reach so it was all up to Helene Noesmoen, Islay Watson, and Saskia Sills to fight for the world title and the top 3 spots! Helene showed another level and sailed into the lead pretty early. No one could stop her from winning this race! 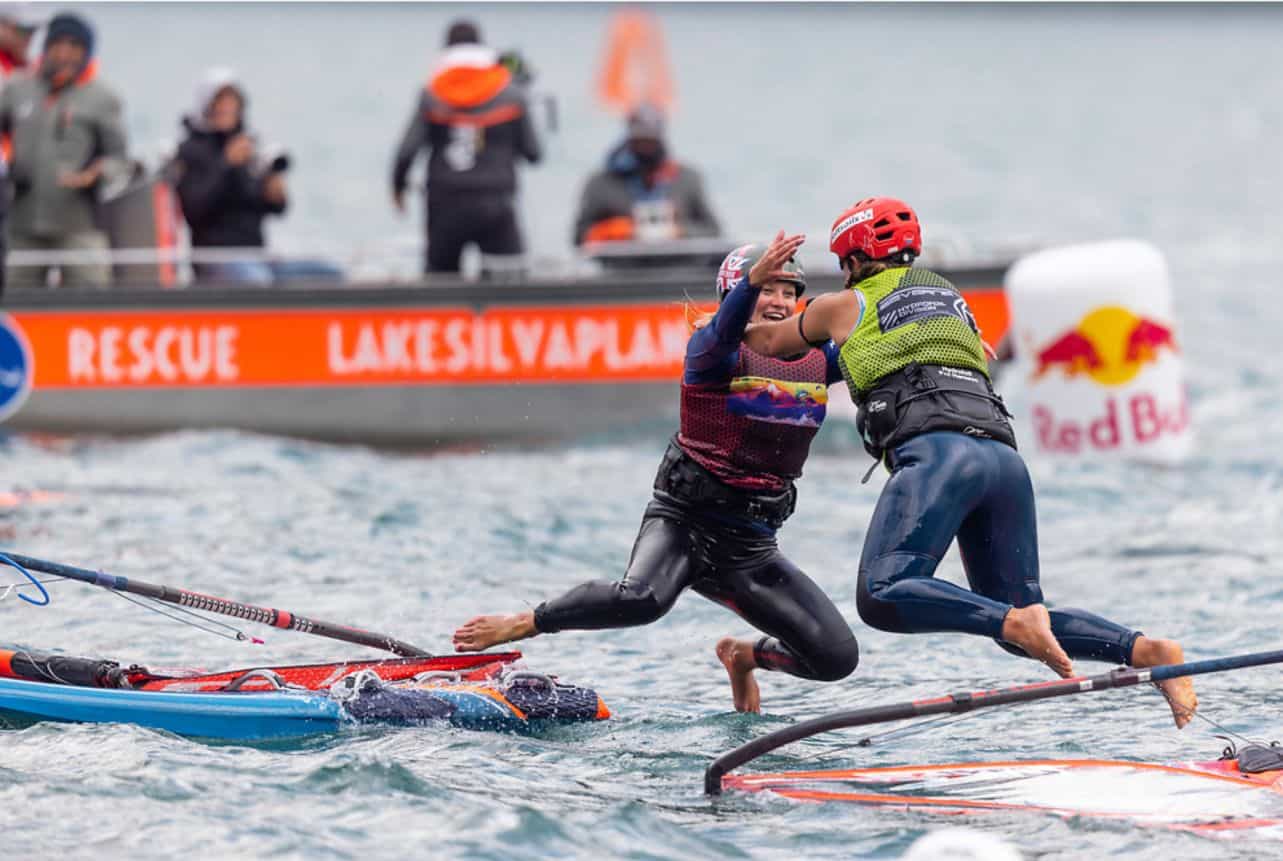 Helene after the win:

It was amazing, but a bit stressful! It was hard because the wind was gusty and anything could happen! But I am really happy to win and very relieved now!

We congratulate the first-ever iQFOiL World Champion Helene on her World title and high-level racing!

The battle between the 2nd and 3rd place between the British team sailors Islay and Saskia was a close fight until the last reach. With the beach full of supporters Islay got 2nd and Saskia 3rd. Congrats girls! 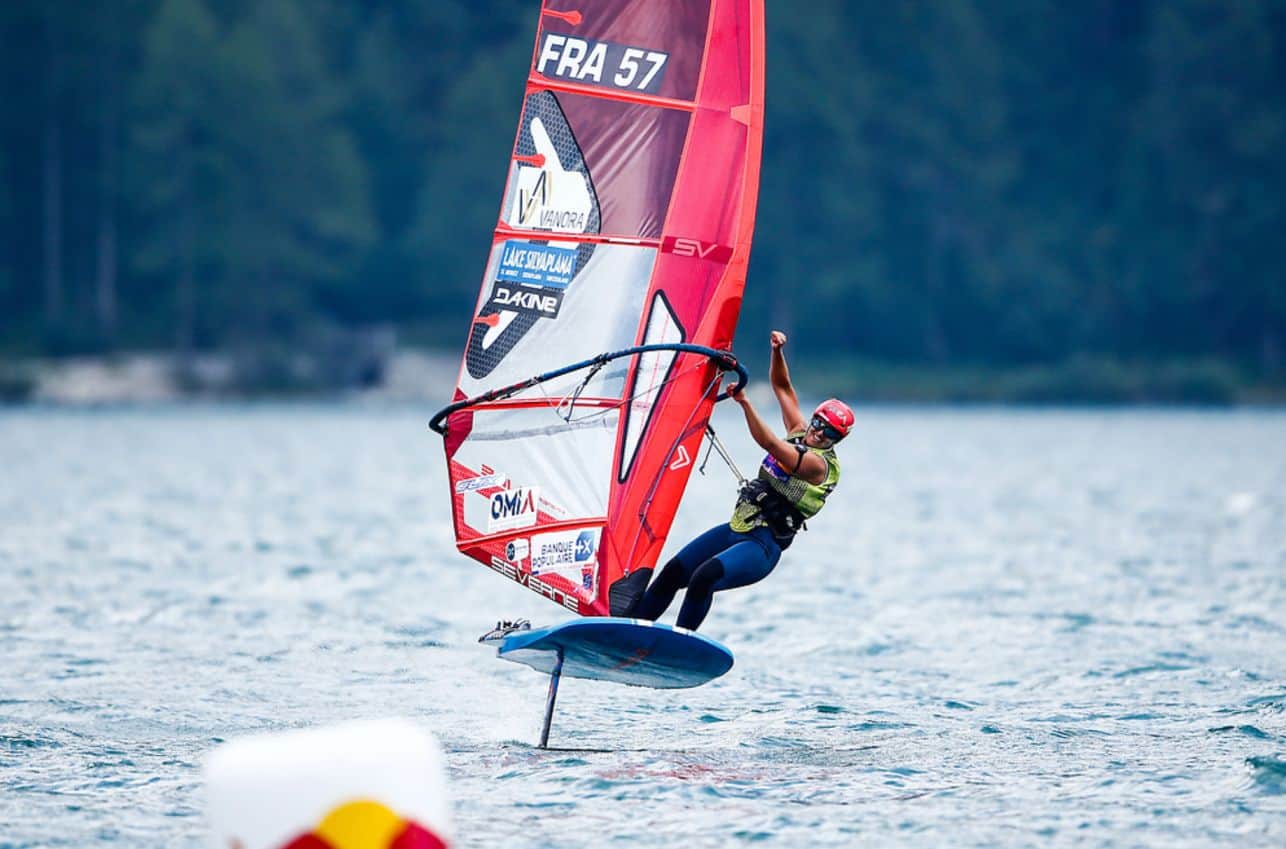 Islay about her 2nd place:

“It was really good! That was the most intense race I have ever done! It was just crazy! My tactics were: pump and do not crash! Haha!”

In the men’s final, we saw the leader Nicolas Goyard, doing one of the most exciting decisions that may have been the reason he secured the win! When everyone else went right at the gate, he went left. He pumped and followed the gust and until the last downwind he was battling close with the British sailor Matt Barton. In the end, Nicolas took the win and becomes the first iQFOiL World Champion! Congrats to Matt for 2nd place, 3rd place to Luuc Van-Opzeeland and 4th place to Sebastian Kördel.

Nicolas about his win:

“It was amazing! It was super hard to be leading the event before the Medal Race and then have to start at 0 again! So super happy that I managed to keep the lead and win the World Title!” 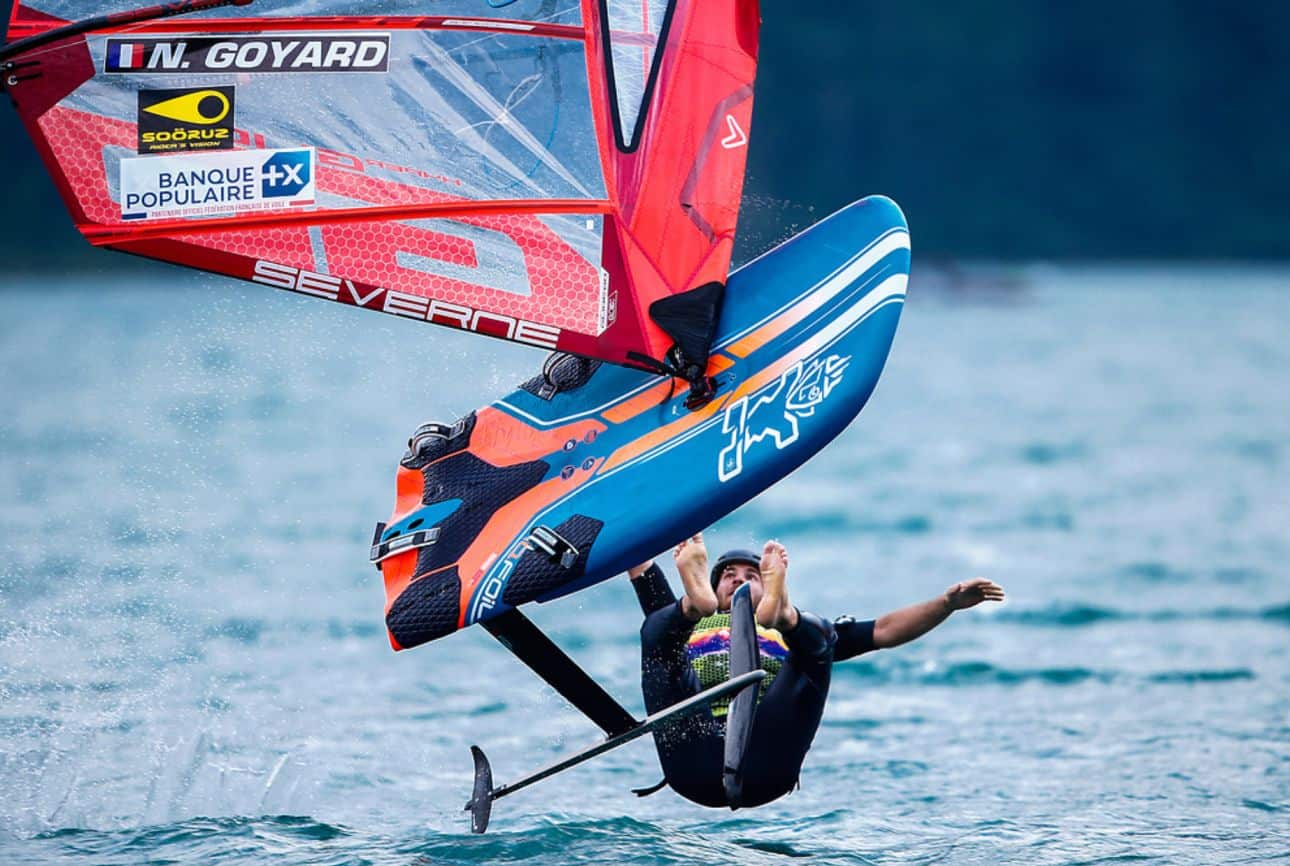 On the U21 men division, Finn Hawkins becomes the U21 World Champion finishing on an outstanding 8th place overall! Max Castelein took 2nd and Louis Pignolet 3rd, finishing 16th and 21st on the overall.

Before the wind kicked in for the iQFOiL races, the EFPT (European Freestyle Pro Tour) arranged their famous Freestyle Tow-in contest in the morning! It was a spectacular show where the riders could choose different moves to show their best maneuvers for Spin, Send IT, Air and Combo. 17 x World Champion Sarah-Quita Offringa and Lennart Neubauer joined the contest and impressed us with the newest tricks in the books! 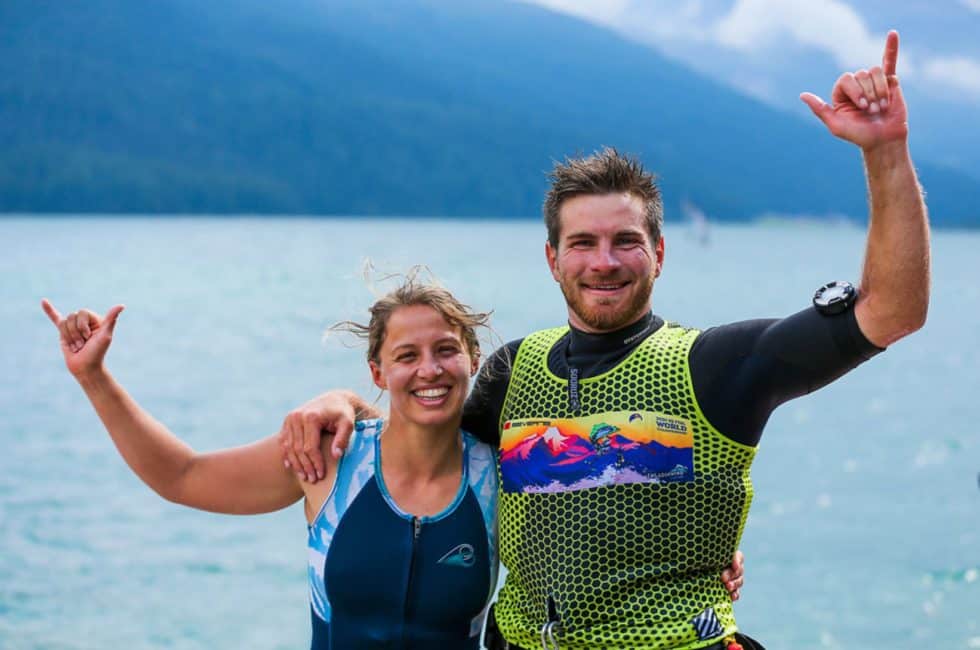 We congratulate Lennart on his win, and a big highlight was an insane air skopu bigger than usual!

Lennart about his event win:

“I came into the event with a good amount of tow-in training at home plus winning the event in Austria gave me a big boost. I knew that I could win from the beginning. I felt like this helped me psychologically a lot. The level was super high, especially in the top 3! After my “regular” run I knew that I had to go big cause that regular run was quite mistimed with the wave and I didn’t get the lift I needed on the kono. I decided last minute what move I would go for… The wind helped me clear up my mind and do the right decision since it picked up right before my run. I thought that a big air skopu would at least guarantee me second place. But the skopu was a bit higher than I expected:) I am super happy to win my second tow-in event this year. The training continues for one of the next events in Geneva which most likely will be the last EFPT tow-in stop of the year. The sure thing I know is that I’ll be back next year even stronger!!”