Travel Story From The Queen Of Windsurfing 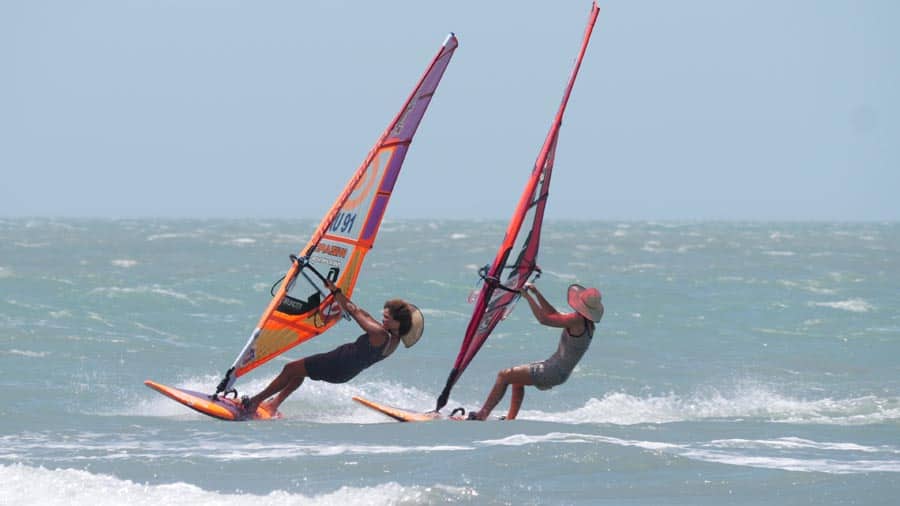 Sarah-Quita Offringa reports from her windsurfing trip to Brazil:

Hey all, I’m back in Aruba after a bomb 2,5 weeks in Brasil.

It’s the second year in a row that I travelled there, and it lived up to its expectations again.
The sunsets are still magical, the people are so welcoming and friendly, there’s music every night, a big variety of conditions, and loads of different spots you can go and sail at!
There are a lot of international people there though, and by international I mean Italians. What I think is really funny is that we communicate in a mix of Spanish, Italian and Portuguese to understand each other. I made sure to take some Portuguese classes this time, to be sure that I was actually learning Portuguese and not some Italian spin-off..hahaha. Thanks, Manuela!

I adventured mostly with Oda Johanne and Hakon Skorge. I usually don’t have a fixed training partner, but sailing with team Norway is challenging, motivating and always fun. We get very technical explaining moves to each other and how the gear works, and then realize we’re not sure we’re even making sense anymore…haha.
Other than that, at their place I’m always guaranteed amazing coffee. I’m not sure Hakon knows that’s one of the reasons I randomly come by the house… Then again, I think he knows… Why do I always write about coffee..?

Anyway, back to windsurfing.
My favourite couple of sessions were jumping at Malhada, and sailing in the chop further out when it was low tide. It’s a bit harder there, but when I got the duck right, I’d go so high. I did some wicked kono’s but can’t get the air kabi right though. 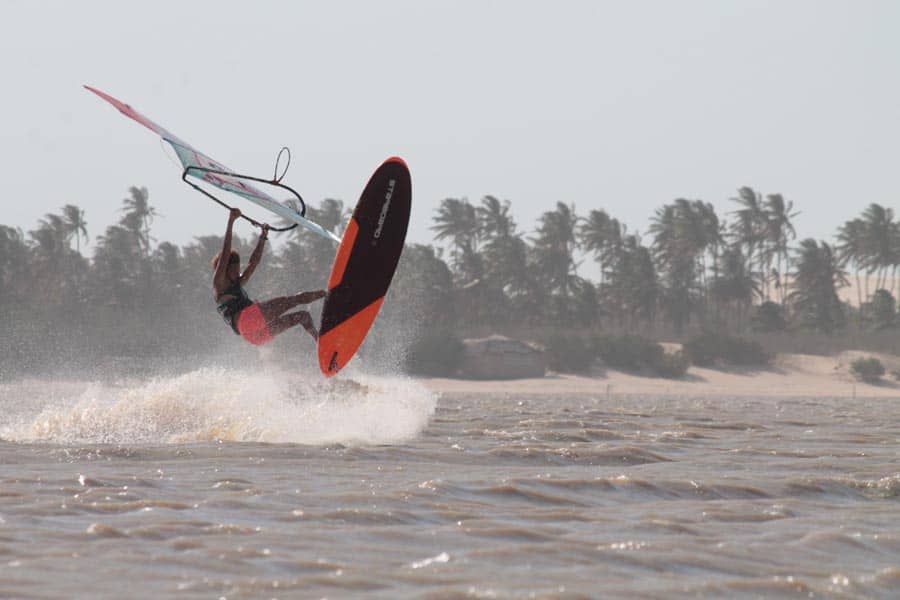 Sailing in Maceio for 3 days was a trip to remember.
It was a breath of fresh air after sailing crowded Jeri. In Maceio, we were maximum 10 people in the water. We freestyled in the morning and did wave riding and jumping during sunset. What a playground!! I had the chance to practice my starboard tack push loops. Unlike last year, I couldn’t get myself to try stalled forwards though. My highlight was trying my first double forwards on starboard tack. I was going back and forth launching into and ejecting from big forwards until Oda came and said that she wanted to have lunch, but I had to do a double first. Then and there my Alter ego on the water was brought into existence. “Magdalena, you can do it”. She did this twice, and twice something switched and I went for them on the first run out. Thanks for the motivation!

I think those were my best tries to date, making it around the second rotation as well. I do have to say, that after trying those doubles my session would be over. I wasn’t capable of trying anything else afterwards and just sailed back and forth. It’s like I gathered every ounce of courage in my body for that one move and afterwards I wasn’t worth much. Adrenaline overdose maybe? Anyway! It’s been a big dream to begin doing doubles, and this is a start! 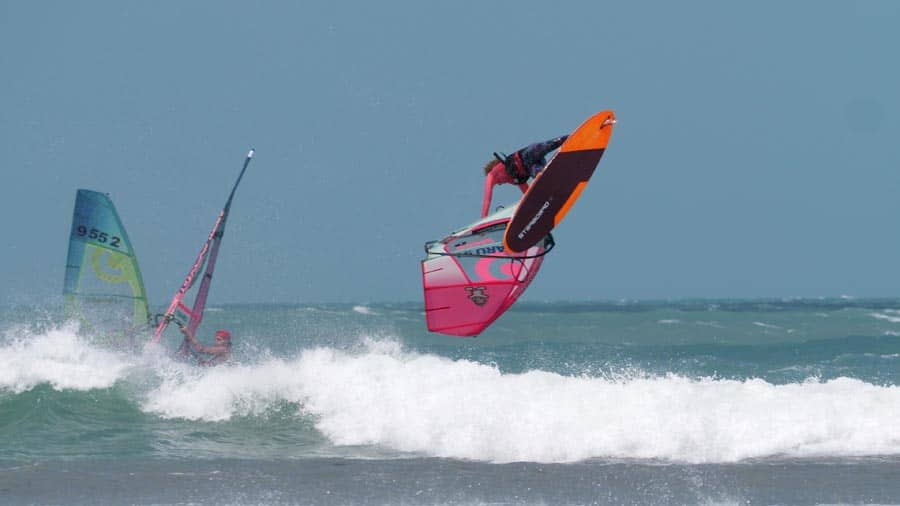 Back in Jeri, I participated in the local competition with really fun conditions.
The level on the water was really high in both waves and freestyle, and the kids were probably the most impressive going for huge forwards and backloops. It was nice to do a freestyle heat in Starboard tack conditions since we usually compete in Port tack spots. Different moves, different tactics.
My favourite heats were the two wave finals I did against Oda.
I had a couple of nice wave rides, but Oda did a pushloop off of a knee high wave. How even ?! Congrats for taking the win in both freestyle and wave Oda!

The last 3 days of Jeri were a blast.
One day in the lagoon where I had my air funnels and skopus on lock down.
And finally two magical days in Jeri with a big swell. I couldn’t believe my eyes. And as much as I am loving jumping more and more, there is something about just carving and drawing your own lines in a wave that is an unrivalled feeling. Waveriding is all I’m craving at the moment. 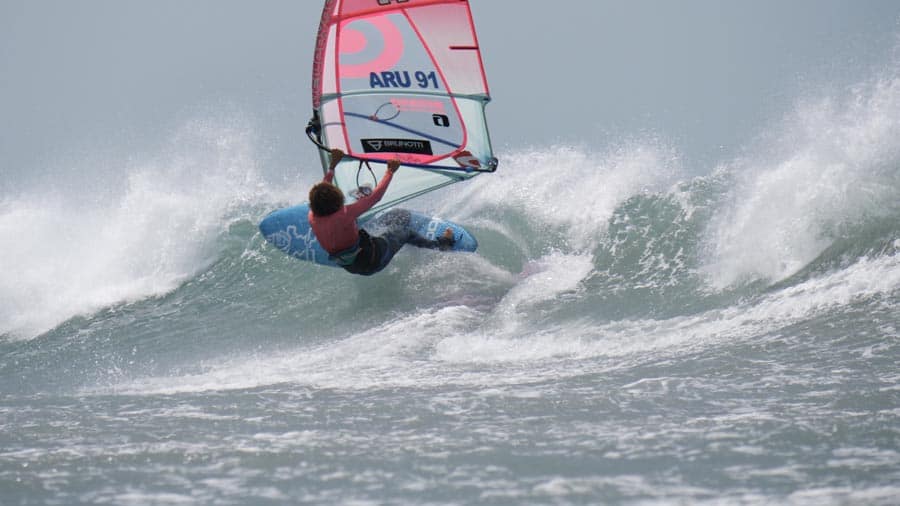 Thanks Jeri again for a blast!