Lovely Holiday On A Roadtrip To Sardinia 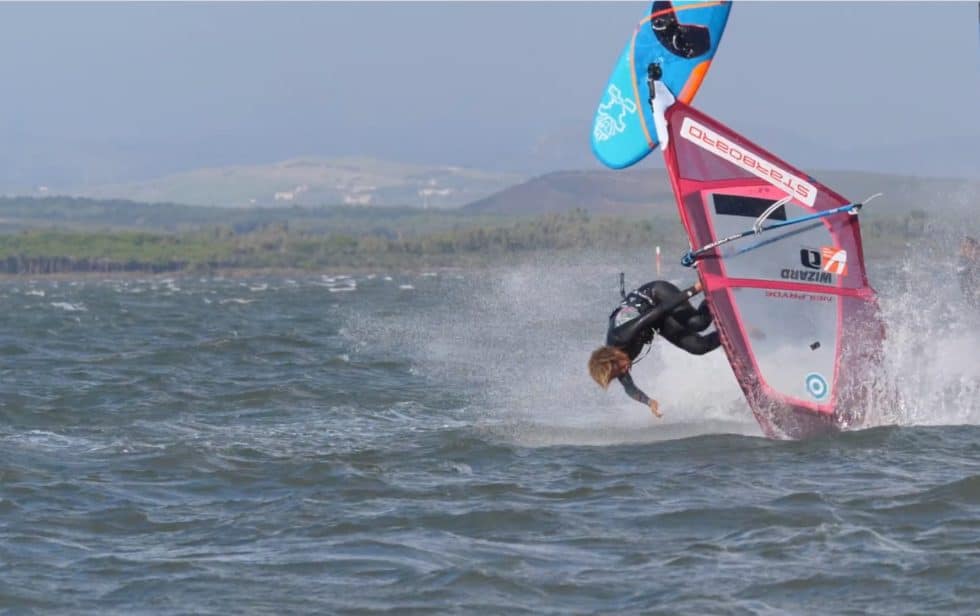 Our team riders Sarah-Quita and Oda Johanne are doing all the disciplines in windsurfing in their 2nd episode of “Roadtrip”. Here is the story of Team Lovely Holiday on their way to Italy where they went freestyling, foiling and wave sailing!

After Denmark, we decided to drive down to Italy.
Little did we know the issues our van would have.
Everything that could go wrong did!
It took us 5 days to get from the North of Denmark to the South of Germany. We discovered a different issue with the van every day.
From a leaking tire to the car pulling to the right and having to replace all four tires, to a leaking coolant tank and finally the whole engine needing to be replaced.
Instead of windsurfing we unexpectedly found ourselves doing some euro sightseeing and spent a week in Munich with Adam and Alina. (Thanks for saving our butts!)
Which in the end was a highlight of the trip as the summery days lingered around that week.
Surfing in the Eisbach, cruising the pump tracks and skate bowls, indoor surfing and exploring Munich!

Before we knew it the van was ready and we were on our way to Sardinia.
We drove through snowy mountains in Austria, the Norwegian was unimpressed while the Aruban was killing herself taking videos. We made a quick pitstop at the tour of Pisa before jumping on the bumpy ferry ride. We were one day late for the storm in Sardinia but felt the waves on the ferry ride.
Sardinia was incredibly scenic and two weeks was not enough to explore the whole place.
We had some power freestyle in Sa Barra & Porto Pollo, kitesurfed at Punta Trettu.
Caught some waves at Funtana Meiga and Marina de la Rossa.
The scenery was amazing on the windless days, and we suffered another van breakdown.
All in all it was a road trip to remember! But hopefully next time we’ll get to explore Sardinia for longer and with that new engine that van will live a looong life!
Category: StoriesDecember 5, 2020
Tags: lovely holidayOda JohanneSarah-Quita Offringa