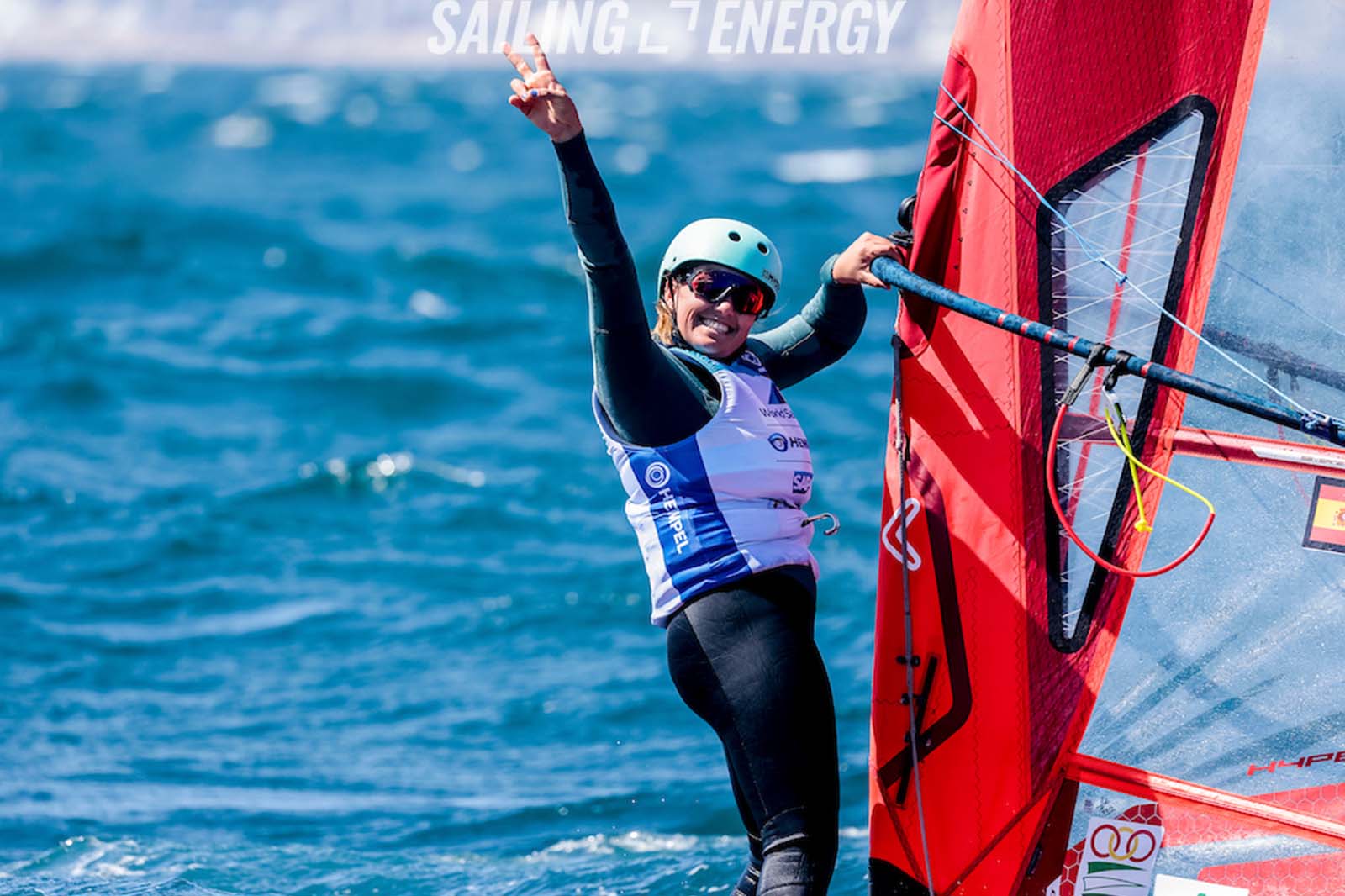 Between the 1st and 9th of April, the Princess Sophia Regatta was back in full force. Over 1000 competitors signed up for the first official WordSailing World Cup of 2022! One hundred seventy-five of them for our new Olympic class: iQFOiL and 74 female. Former RS:X sailor Pilar Lamadrid from Spain finished the Regatta in second place and shared her experiences of how racing in the new discipline is going for her. Having placed within the top 5 of the iQFOiL elite at most mayor iQFOiL Regatta’s since the start, Pilar has established herself as a force to be reconned with in the future. 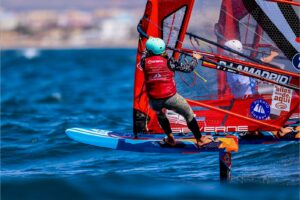 The last time I came to Palma was in 2019, not only for the Princess Sophia Trophy but for my previous RS:X European Championship where I got my first ever gold group and finished in 19th position. Even if almost all the athletes are the same, including new ones from PWA, the place is the same; the sailing is nearly the same… it feels different now: the top sailors have changed from one class to the other, and I am not getting used to being one of them. I am always focused on giving my best in every race! What was different was that the iQFOiL women fleet had 74 competitors sailing in a single fleet; at RS:X events, the maximum fleet race held 60 competitors.

My Dad Fernando Was The Overall Winner In 1984

This competition is always special for all the sailors, as it is one of the most ancient ones where all the Olympic classes take part. Still, for me, it is even more special: my father, Fernando Lamadrid, was the absolute winner in 1984! At that time, Queen Sofia came to the prize-giving ceremony to give the Trophy to the winner, so it was such an important event here in Spain. 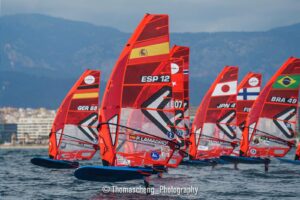 Three Weeks Before The Regatta, I Had Corona

With an excellent but challenging forecast, all the races scheduled could be done, and all three new formats for the iQFOiL class were sailed: 15 course races + 3 slalom races + 1 marathon + finals. I will not lie to you; it was hard and long! But we all finished the week with a smile of satisfaction on our faces, ready to eat, sleep and repeat. Having passed COVID 3 weeks before the regatta, I was not feeling on my 100% physically.  Managing to finish all the races and feeling the hard work of the past months paying off nevertheless was a big relief.

Taking a view on the first days of racing, strong and cold north winds gusting up to 30 knots challenged the fleet, but we absolutely managed to have all the races done, and I even got my first bullet on this big fleet! The marathon was the longest one to date; it took us about 1h10 to finish. We started with the famous rabbit start and 14 knots of wind on the first lap but increased during the race, finishing with 20-23 knots from the North. After falling on the first downwind, I managed to finish 6th, trying to avoid contact with some competitors. Craziest marathon ever? It could be! Longest upwind and downwind ever, sometimes hard to find exactly where were we and the next mark, trying to avoid men and women (imagine almost 200 windsurfers foiling together!) … but it was fun anyway.

Just before the sun came back to Mallorca, we had one day of “light winds” between 6 and 14 knots, where both women and men managed to get three slalom races done. I felt comfortable with my speed and got another bullet and a close battle to win the heat in front of the ex 470 Olympian from Israel Shahar Tibi. We even had some races abandoned as the wind was not stable in direction and intensity, making the day a bit longer. Anyway, focusing all the time on what to do next (start, first mark, downwind, finish!) helped me not to think about how tired I was feeling.

Pilar Lamadrid in her element as the winds turn onshore

Sun And Onshore Winds For Day Four And Five

And finally, the sun was out on Mallorca, and the wind did as well! We could enjoy two fantastic days with waves and wind between 14 and 22 knots, and I feel these were my conditions. New fact (and not funny actually) of the day: there were a lot of plastics and trash in the race area as the wind was coming from the sea, and I know it because I caught some in one race and even crashed something rough and capsized in another one… These are things in our sport we cannot control! Even with all that, scoring two wins, a BFD that was a 2nd and some races in top 5, I could consolidate my entry for the finals directly to the semifinals. 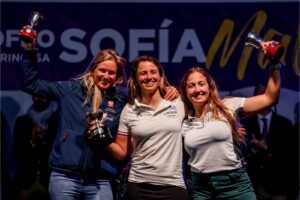 The finals day was such a tricky conditions day! Again, we had a northern wind, shifty and gusty in between 9 and 19 knots, which gave us the chance to play a very open game. With the first semifinals abandoned due to lack of wind and a huge shift, I managed to get my ticket to the grand final, passing from second to fourth and finally to first on the last lap! So, in the grand final, everything started from zero. It was all between Hélène Noesmoen from France, Maja Dziarnowska from Poland and me. After a long battle where the positions were changing, I finished close to Hélène, who won the gold, so I was very happy to maintain the silver medal.

Finishing second at this event makes me feel like I have the level to be on the top of the fleet in every format and condition. It’s not easy at all as the level of the fleet has gone up. A lot! There are great teams with a huge group of sailors, like Great Britain, Israel and France, and athletes from the RS:X who are pushing strong, like Maja Dziarnowska (POL) or Palma Cargo (CRO). It is super cool to have so many girls pushing the limits no matter the wind and waves!

After this exhausting regatta, now is time to relax and start thinking about the next big goal: European Championship in Lake Garda in May!

Do you want to know more about the iQFOiL Class? Check out our COMPLETE GUIDE TO WINDSURFING AND THE iQFOiL CLASS

To keep up to date with all the latest news if the iQFOiL Class visit: THE CLASS WEBPAGE