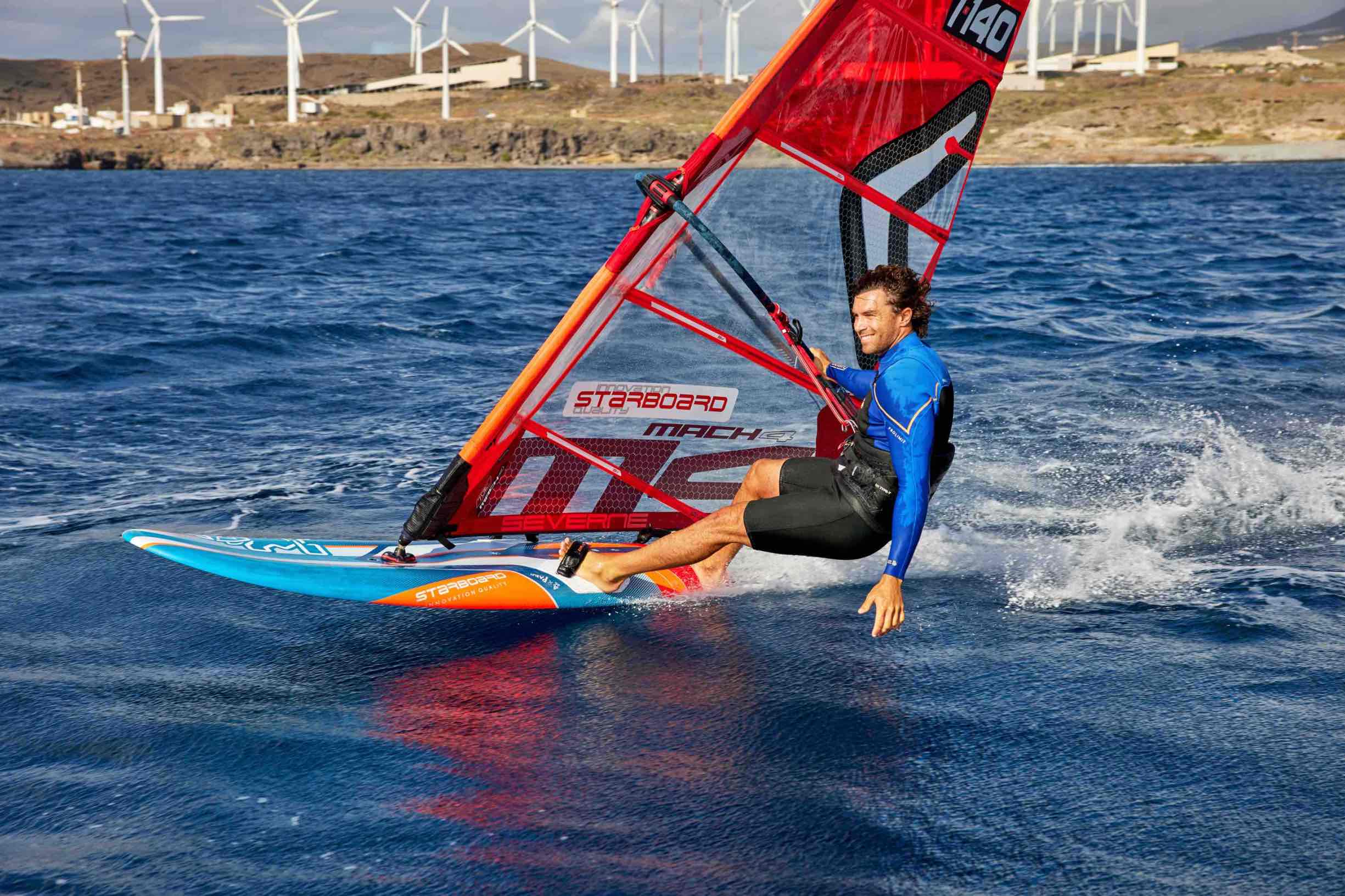 Today marks 55 years of Windsurfing. On May 21st, 1967 on a sunny and breezy spring day, inventor Jim Drake sailed the world’s first windsurfer and changed water sports forever. He didn’t have anyone to teach him that first day and had not invented the uphaul yet, plus he forgot the fin at home, but somehow it all worked out. Five and a half decades later, windsurfing continues to challenge and inspire our deepest nature. Each of us contributes something special to windsurfing’s living history. Happy birthday Windsurfing. Thanks for 55 great years. 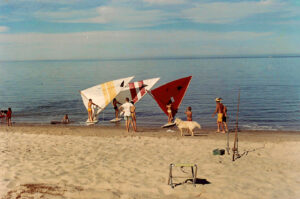 WHERE IT ALL STARTED

Windsurfing began 55 years ago in a little salt water lagoon known as Jamaica Bay. The sand ringed, man-made bay is situated within a large boat basin called Marina Del Rey, located in Los Angeles, California, USA. Traditionally, Jamaica Bay was a popular spot for light air dinghy sailing. It had easy car access and a nice beach, so it made an ideal place for testing the first windsurfer.

Jim Drake, along with his wife and daughter, rolled up to Jamaica Bay on May 21st, 1967 with the world’s first windsurfer strapped to the roof of their blue 1964 Corvair van named “Bertha.” He was excited the day had finally arrived to test his free-sail concept and find out if the prototype he engineered and built would actually work.

He unloaded the shiny new board and rig components onto the beach, rigged the sail and then realized he had forgotten the fin at home! I think every windsurfer has had this frustrating experience happen to them at some point. When he went out on the water (without the fin) he quickly realized that he had not thought about how the sail would lift out of the water. In his mind, while conceptualizing the sport, he always pictured the sailor standing on the board with the sail already in their hands, and so never thought to invent the uphaul rope to pull the sail out of the water…until that first day.

Lucky for Jim, a friend was on the beach who was kind enough to wade out into the shallows, lift the sail from the water and hand it to him. Of course, learning to windsurf is an awkward and humbling experience for anyone. Jim Drake didn’t have a teacher to show him how on our sport’s first day. He never gave up and by the second day he happily discovered that his free-sail concept worked. We are all very thankful it did.

“Rather than sail a boat sitting down, why not sail a surfboard standing up?”

California during the late 1960s was a place where experimental thinking was in the air. For a brief moment in time, it felt like anything was possible. Young, inspired visionaries wanted to build a world that reflected their own special values – different than those of their parent’s generation. For the first time, we collectively cared about the environment and wanted to invent new ways of immersing ourselves directly into nature to feel connected, alive and free. Windsurfing was born from this unifying mindset. 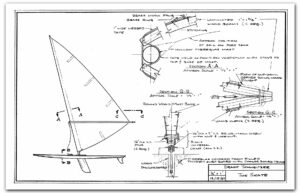 55 years ago, on May 21st 1967, on a sunny California day, Jim Drake became the first to sail a surfboard standing up and showed the world anything really was possible. Like many bright minded innovators among his intrepid generation, he looked to both science and nature for clues how to solve the puzzle. Combining a lifelong love of wind and waves with his rare, open-minded, outside the box engineering skills, he created the world’s first windsurfer. The free-sail system he engineered allows our bodies to become the integrated physical connection between the sail and board, between the wind and waves. Windsurfing, 55 years and counting, still unifies us beautifully with our natural world.

Thank you, Jim Drake for inventing windsurfing, for your generous spirit and for your life long pursuit of efficient, natural design.